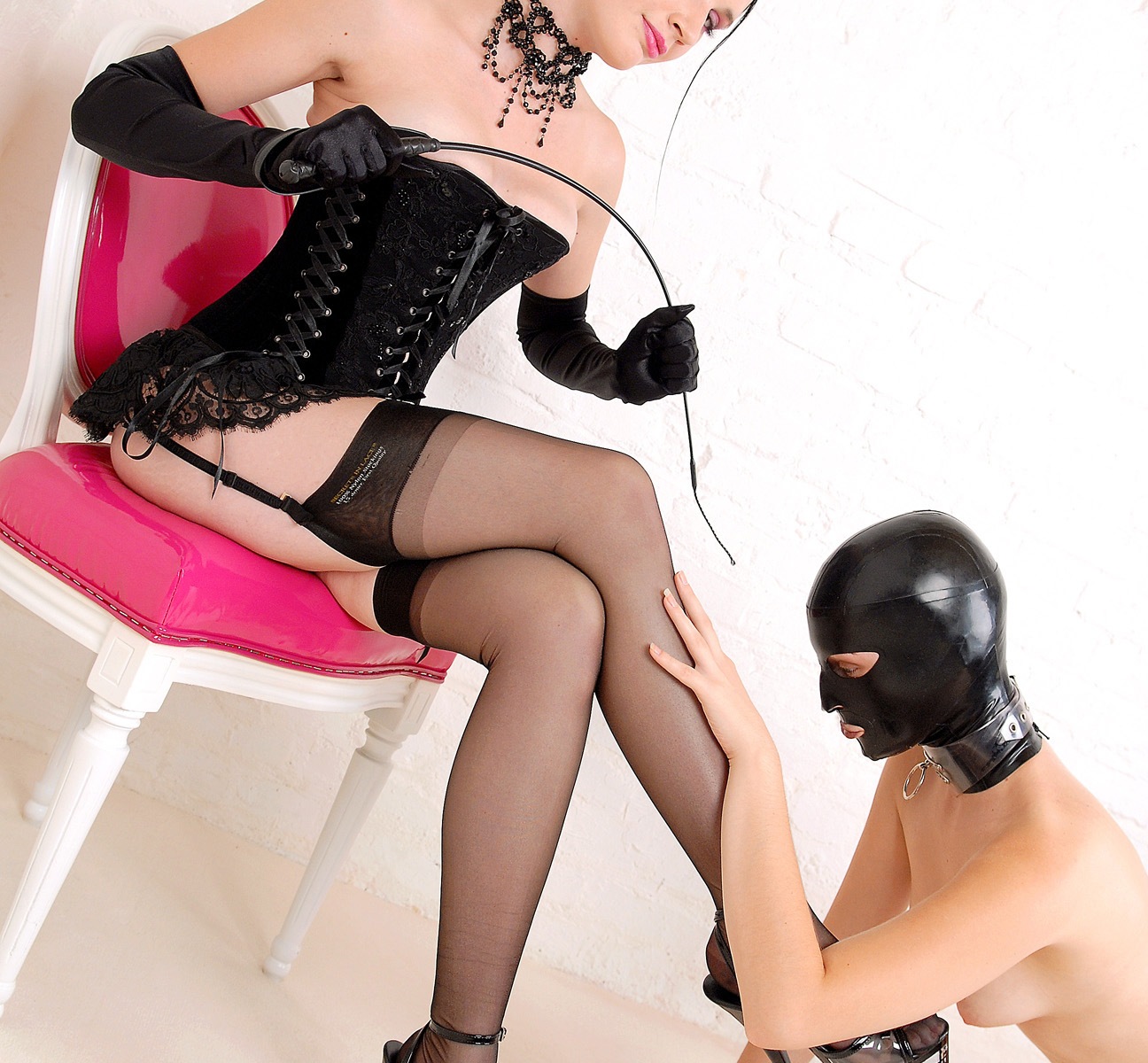 Last time, I shared one photo series shot for my website Lady Femdom. I you missed that post, you should have a look to my commentary to get more informations about that project which has been launched after Captive Culture and Latex Culture. As explained previously, I wasn’t satisfied about the result shooting male slaves which have been removed from the equation … if the essential of my production has been focused on the beauty of a dominant lady in front of the camera, I continued to organize some duo sessions with a female slave when we had an idea which wasn’t clearly related to my others websites. That’s how Lady Femdom became one kind of laboratory for me : it allowed me to test some new shooting configurations or camera angles more easily than before. It also helped me to evaluate the skills of few new models with a solo photo series before to bring them into my main production. That day, I perfectly knew the two girls. Because Anaïs was on holidays, Angelina also came at home to be the make-up artist. We even got the idea to capture it on video which has never been released. It was too long and boring for being proposed to the members. As you can guess on the preview picture, Angelina was fully naked except for her face enclosed into one hood made of thin latex. On the other side, Amélie was nicely dressed with a gothic basque corset bought in Barcelona at the Bibian Blue’s shop few weeks before. I mixed it with some opera gloves and nylon stockings made by Secret in Laces … Amélie was looking great like this, even more with her hair nicely prepared by Angelina. Of course, we didn’t forget the high heels for Amélie while the naked submissive got those ballet shoes she was asking for a long time. I was sure like this she would stay on the floor, kneeling beside the dominant lady. Both women wear a collar … an elegant gothic one for the Mistress and a transparent PVC collar above the latex hood for her slave. No need to describe the action, you will watch it by yourself when your zip archive will be downloaded. I think you should like the attitude of Amélie which was looking like a beautiful Mistress proud of her brand new tattoo in the back. I enjoyed to capture those pictures and I guess that Amélie will get more fans after this … she’s one of the best models I got the chance to shoot and I have been one of the photographers who have been able to follow and influence her evolution through the years. That day, we were already far away from the girl who digged into my kinky universe 10 months before. Amélie discovered latex and ropes with the photo series 233-02 shot for Captive Culture after one solo set for Lady Femdom which started slowly and nicely our collaboration.