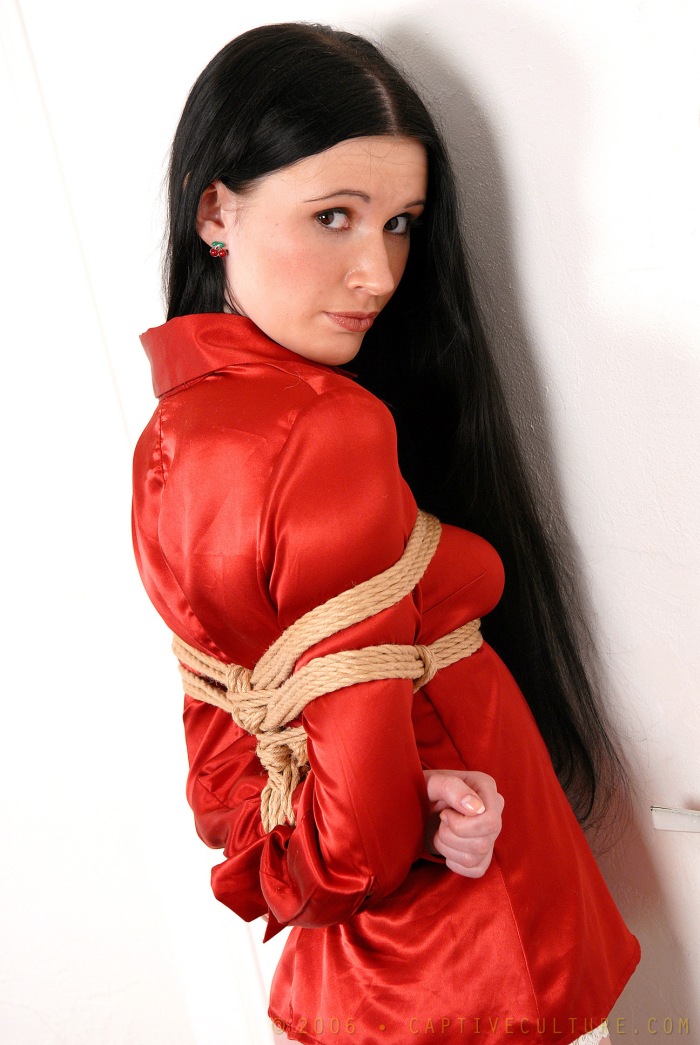 Amélie as the teacher in bondage … it could be a really pleasant classroom ! What would you think about a very special french lesson ? I remember that Amélie arrived at home after a short night : the lack of sleep doesn’t help for shooting. That’s probably why Amélie was less brillant than usual in this set full of light, maybe too much but that’s how I was working on 2006. We kept the same background used two weeks before with Mina, for the schoolgirl set. We tried another way : Amélie was playing a sexy teacher wearing a shiny blouse. After a while, she was bound and partially undressed. I wouldn’t say the idea was bad but we didn’t find the good angle for a memorable session … Amélie was into a pin-up mood and this situation deserved to be lived like a damsel in distress. So, we followed a scriptline but I think the emotion of my model is missing. We explored several bondage positions and took a lot of pictures with different angles to bring you this set. For the little story, it was only my second day with Amélie which discovered my universe shooting for Latex Culture (photo series 233-02) before being a captive girl. That’s why we have been able to play with more ropes and bring back the ball-gag she tested previously. I wish you a nice week-end and watching now … see you next time !