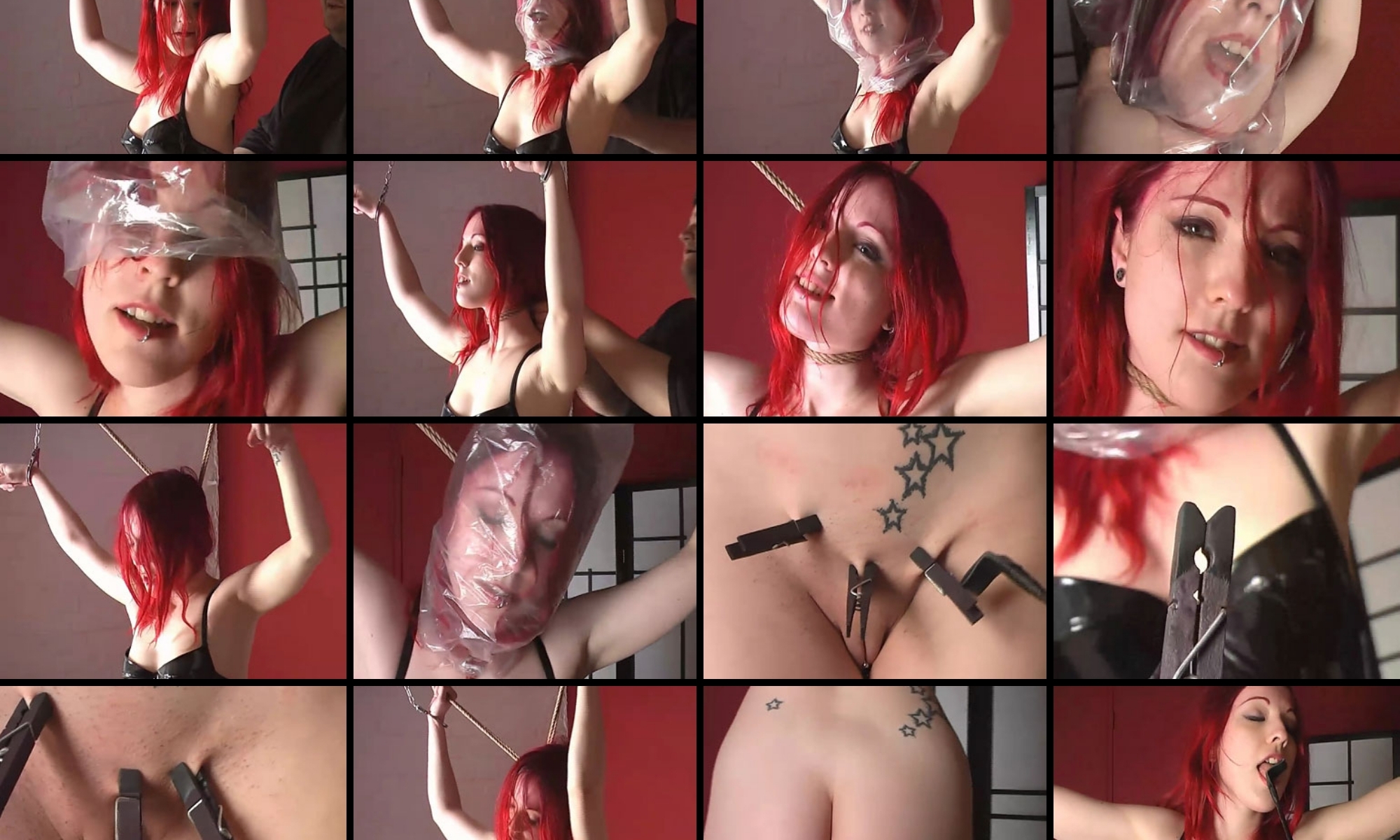 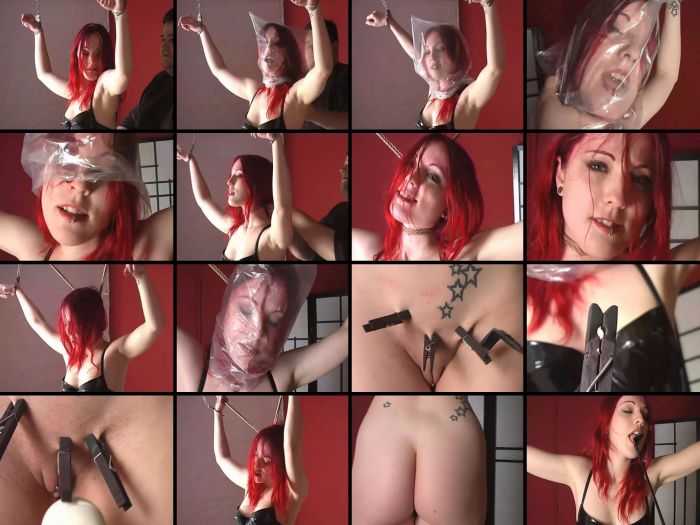 Let’s share one movie shot on 2008 … I scratched my head and took a while to know which day that session has been shot. Usually, I only have to check the EXIF of my pictures but that’s one of those moments captured on video only. Thinking about my memories, I think we did it after a photo series shot for Latex Culture but I am not totally sure about the date. That’s interesting to see what’s your mind kept about a scene. I remember the heat in my basement. I know Mina and I were together, without any assistant. That’s probably why I didn’t use my Nikon and focused myself on the video. I wanted something intimate and decided to use a mobile camera filming from my point of view. I had another camcorder on a tripod to capture every move and attitude of the captive girl. Several months before, Mina lived her first breathplay session on video too. After Anaïs stopped modeling, I started to create a stronger link with Mina who modeled for me since year 2004. When she started to work with me, Dana was taking so much space that we didn’t have the time to share more than the necessary communication for shooting. We were working as a team and Mina was discreet, a little bit smashed by some others girls. Later, we slowly evolved including with the help of Anaïs who helped us to live some great sessions together. After this, Mina became more active … she was able to travel more often, we started to shoot regularly and it gave us the opportunity to share more than work. We broke some limits like spanking probably because she was feeling more comfortable with the situation. So, for this session shot on video, we were not focused on the production like before, we wanted to explore those kinky games that she already knew … but slightly differently. I think you can catch our mood watching the video and see the recording proposes something more than usual. I’ve often wrote that Mina is a lovely lady for photography and even more in real life. She has something unique, one attitude which the video helped to capture. I let you discover all this wishing you a nice viewing time !

2 Replies to “playful session with mina”