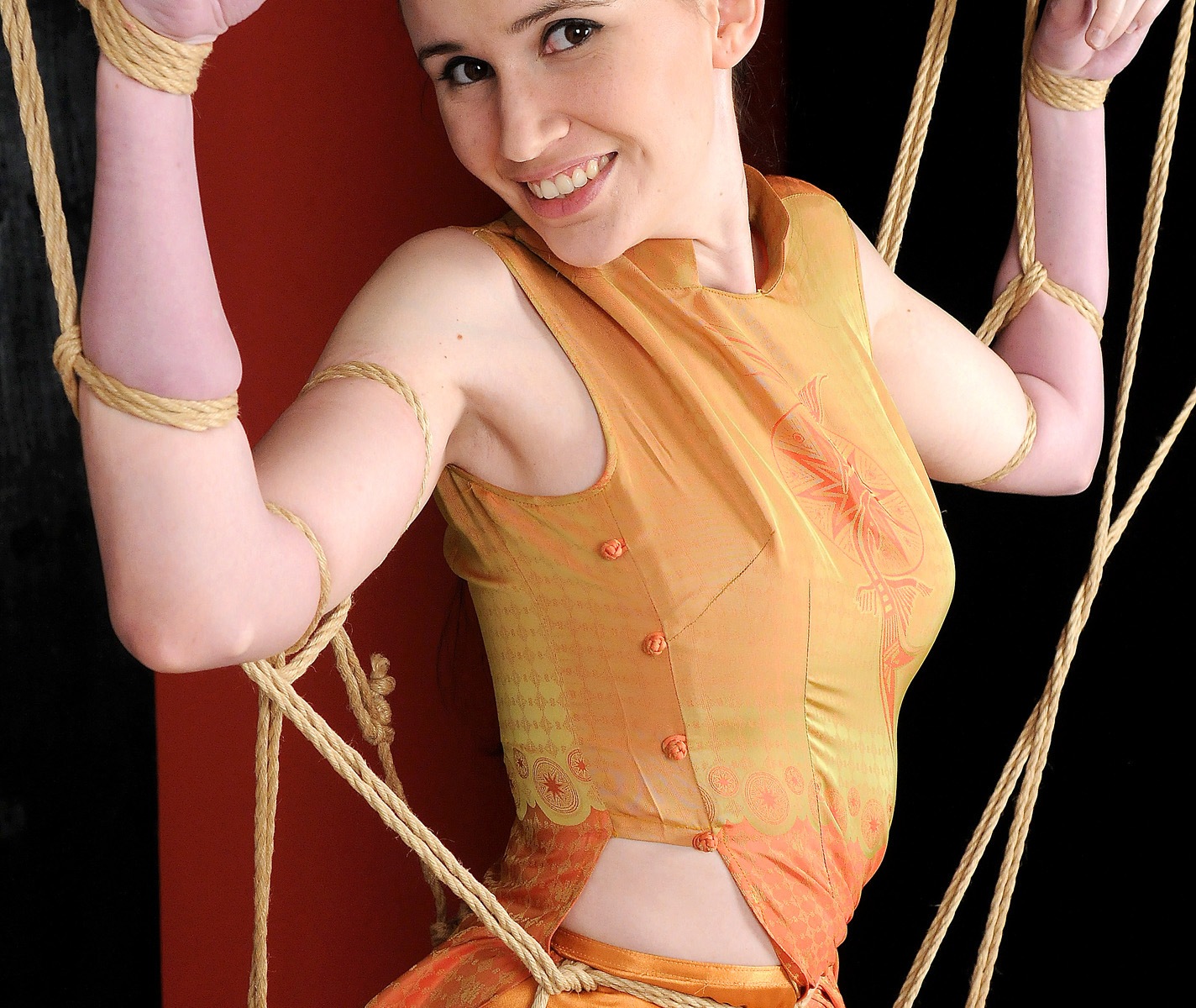 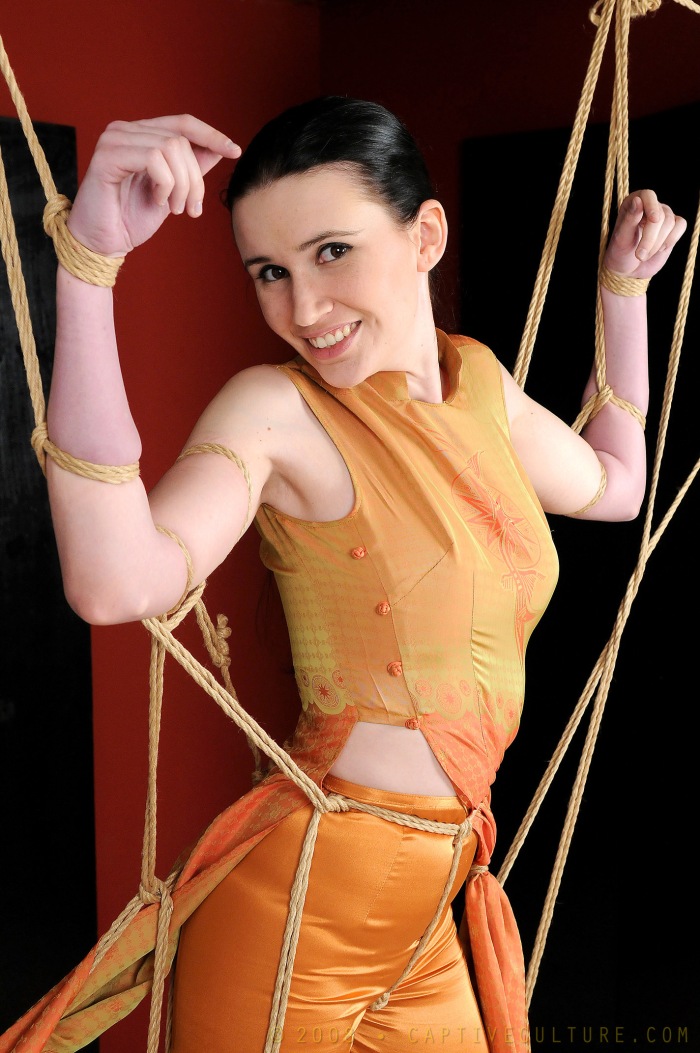 That day, we continued the suspension’s training of Amélie before to test her ability to bear another bondage position with arched feet and hands up. I was already shooting Amélie for a long time and we still didn’t make “the” suspension photo series yet. You know what I mean, “the” pictures you can show to your friends telling us “I did it and I was strong enough to fly” … as a lot of my models, Amélie had never been bound before and like others, she needed time to train her body and mind about that physical challenge. We did one or two suspensions in the past but we always encountered some difficulties : then, that day, I didn’t build my session around the time she would fly. I’ve included the suspension among others things to get more pics and make Amélie more comfortable with the fear about screwing up the shooting. She is a good model and such girls are always anxious about a possible failure or bad result … and that’s how their stress is growing up each time I speak about suspension. Just because they are not sure to manage the discomfort until they did it two or three times having fun in ropes. We started the day by this series welcoming one guest Antoine Savalski who visited my studio to learn some tips about ropes. He gave an extra hand with essential things like moving furnitures or helping me if we would have a problem during suspension. So, I did the ropework and the pictures while Amélie was wearing some asian clothes already used in the past with Dana and Angelina. We started by classic shots about the french pin-up trapped in ropes before to tie one Amélie’s leg in the air. Several pictures again before to totally suspend her for a while : you will notice her face gives a rendering of the pain before I decided to put one foot on the floor. I know some of my models love pain, she’s definately not one of them and that’s the reason why the challenge is interesting to me. Following my initial plans, I untied Amélie to build another bondage position. I got the idea about making a puppet variation with arms and hands up before we started but as often when I am working, I’ve improvised and added one cool detail. I got the idea to tie each Amélie’s foot in order to force them arching. You should love the result : the shots about her feet are great and the position was pretty uncomfortable. Enough to get some interesting and good pictures and sufficiently to exhaust my model. I think she learnt how being unable to put feet on the floor can be a real torture even so, that’s not for her exhaustion I decided to release Amélie but for her bound arms which were getting blue and a bit painful. I know a lot of people are anxious when they see a strange skin color : don’t be afraid, that’s a natural fact with bondage, you just need to control the situation and being reasonnable. Amélie wasn’t hurt at all … we even did another set of pictures after this one. Do you remember the bondage session featuring the black latex catsuit and the leather muzzle gag ? Yes, you see ! That’s all for today … enjoy the photo series and thanks again to Amélie !