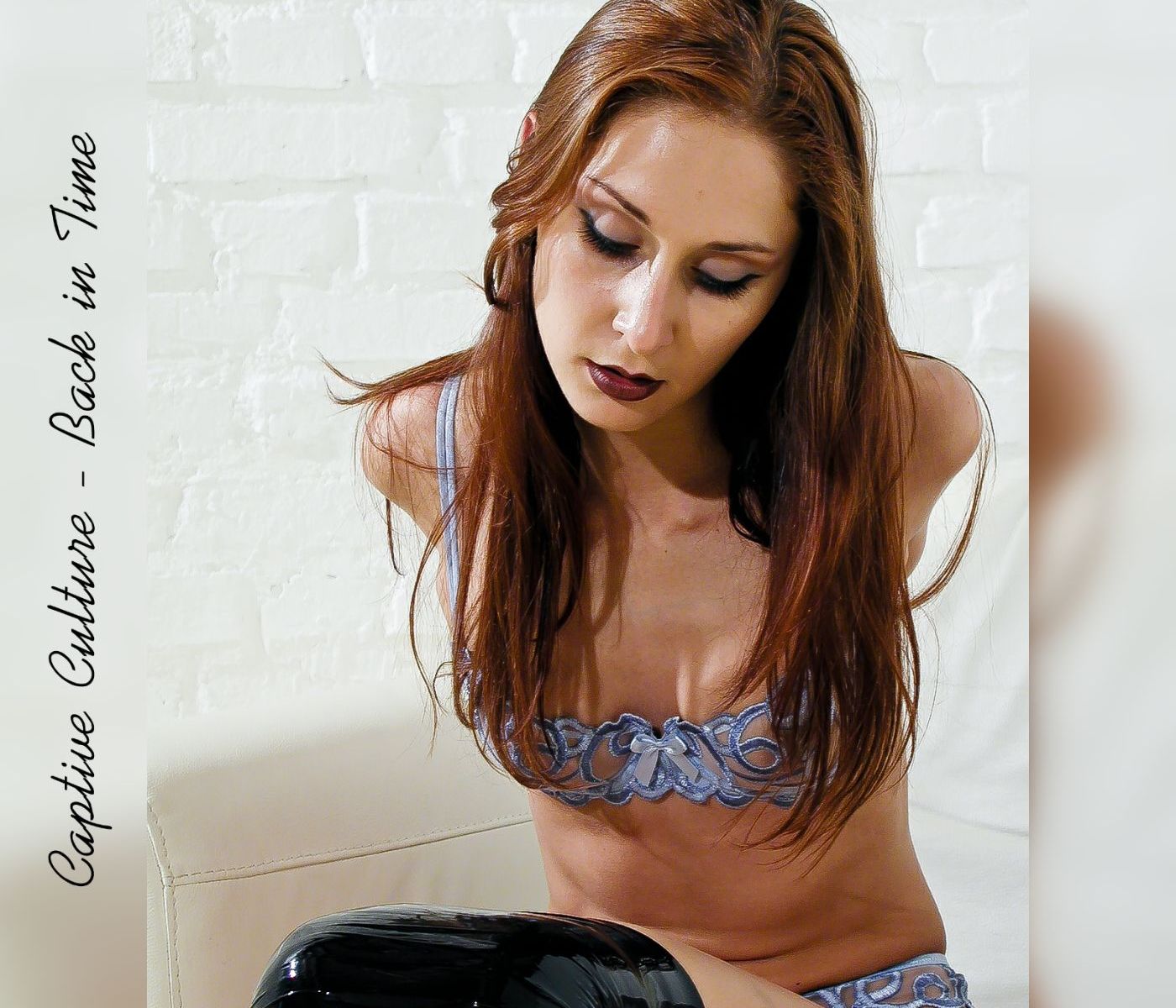 After the post I wrote about Mina and Anaïs, let’s continue with Dana and the beginning of our long collaboration … she did more than 100 shooting days for me and brought a lot of things to Captive Culture. Dana was 25 years old when I met her around a cup of coffee : she was a nice woman having a break from her job, she wanted to explore her passion for acting and modeled only two times for the french pin-up photographer Virginie Notte. Dana was curious about my universe and talked about her wish to be bound : like lot of girls of her generation, she was a little bit kinky and was attracted by the beauty of ropes.

We got a very nice contact and I knew we would do serious things together. Dana didn’t want to work only to earn some money. She had a strong mind but sweet heart, her taste for artistic activities was important in her life. She also wanted to have fun and I guessed that rope bondage would please her body & mind. After our meeting, I got my friend Michael on the phone and I told him that Dana was looking great : I knew she would be perfect to reach a new step in my adventure. She had the good profile : slim body and nice face like most of my models but Dana had something more, she was open-minded and ready to work hard for the project. Her motivation was essential … of course, Dana wasn’t experienced but I was sure that she would learn quickly.

I scheduled the first session at my photo studio : we finished it several weeks before and that was nice to welcome Dana in this new place. We started with something simple : a nice lingerie set and some bondage tape. After a while, Dana was bound : elbows in the back, knees and feet wrapped in a tight way. I wasn’t a good rigger enough to start with ropes … it was a good way to make her experience the feeling of constraint. Dana has never been bound before and I had to be careful and started slowly. Of course, I noticed that Dana liked the situation, I wouldn’t say like one submissive girl but more like a physical challenge. I think Dana was used to show herself like a walkyrie … and I would say this description is accurate. Anyway, we did some nice pics during this first photo series even if everything wasn’t perfect. I was trying to learn how to shoot properly still using my first bridge camera which was the Olympus C3030z bought in 2000.

After this one, we did another photo set but I wasn’t satisfied about the result : it was too short, then, Dana came another day to do more shots with the same outfit and make-up. Finally, my members discovered Dana through a mix of 3 sets and they loved it. Dana quickly became popular and she was the star of Captive Culture for several years … we were in 2002, almost three years before I started to work with Mina & Anaïs. Nowadays, some people don’t know Dana very well because she arrived in the early years. Imagine my first blog has been created after she stopped modeling … and that’s true we did some average sessions because of my skills. But in my mind, Dana is still ranked high because she gave a lot to my work, helping me to learn how to bind a woman and made me live a lot of unique moments. We went to Las Vegas for the BondCon and to London for the Rubberball in 2004, she modeled with international models like Rachel Paine or Kumi Monster who also visited Paris because Dana was known all around the world-wide-web as the french bondage model. She was nice enough to be patient and I didn’t have the same pressure than with some others girls. I have been able to enhance my knowledge about rope bondage. Several years later, I became a better rigger also because Dana accepted to try a lot of my ideas, good or bad, without loosing her smile and positive attitude.

I have never imagined this first session would be the beginning of a story full of memories : mummification, bondage, suspension, domination, slave training, spanking, latex enclosure, vacuum bed … more than a model, Dana Carlier became my assistant and helped to train new girls who were happy to follow the way she opened. Dana has been the first professional for bondage modeling on the french scene : her work inspired lot of models who were not scary anymore about the things we love. As I often say, I started the Captive Culture adventure in a country where BDSM wasn’t popular at all, the sessions we did for three years helped to change the perception of this universe … so, thank you Dana !

2 Replies to “the first series of Dana”