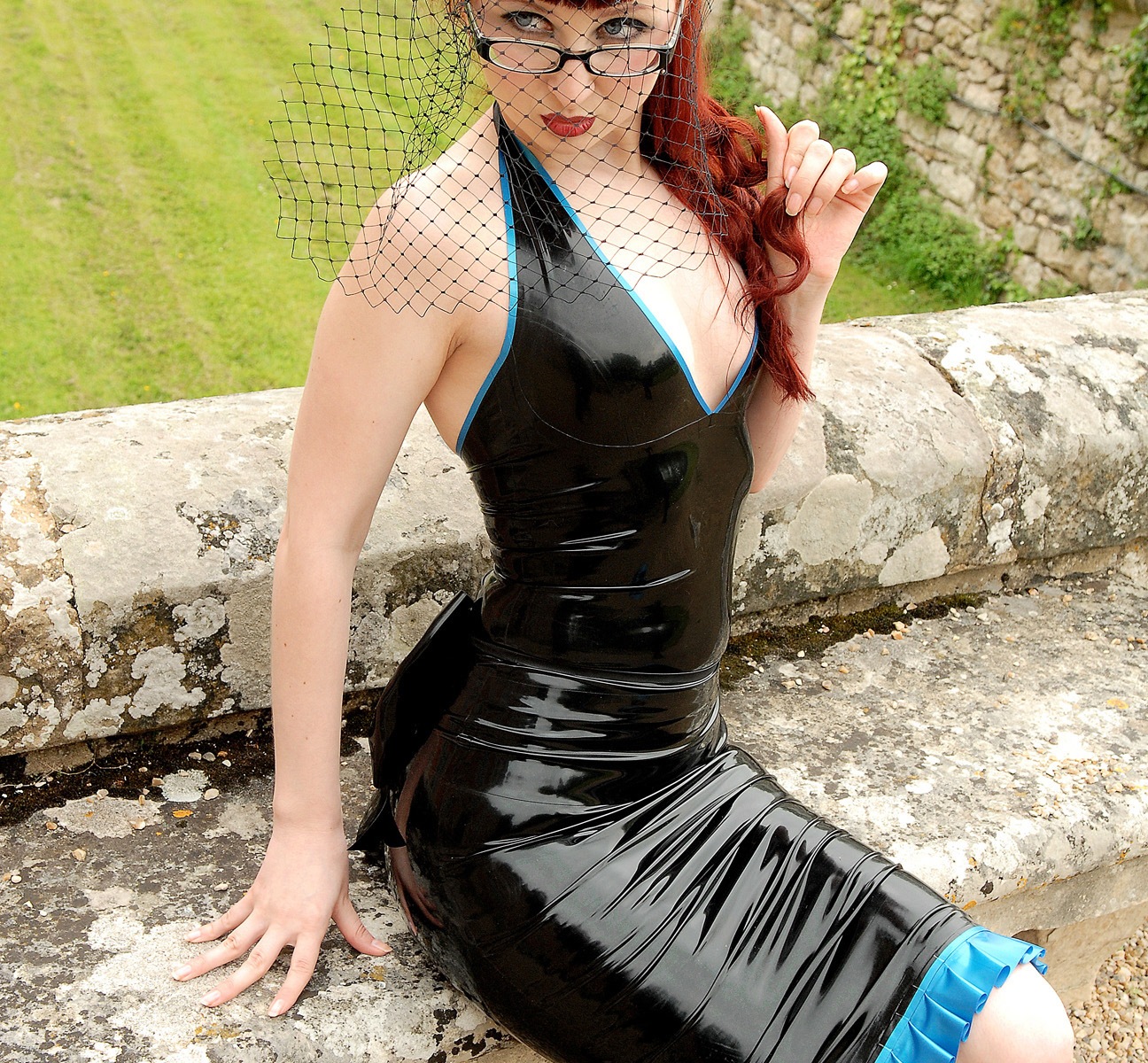 That’s a long time I didn’t add one Latex Culture photo series to this blog … let’s share this fetish afternoon in the park of a french castle ! Anaïs got that great idea while we were talking about our future shootings. I’ve always loved outdoor latex sessions but I didn’t shot it for years because of the logistic you need to deploy. We were on year 2006 and being dressed in latex on a public place wasn’t a peaceful activity, even more when you live around Paris. I think we decided to go to this park because Anaïs was really motivated and I’ve just bought one elegant fashion outfit made by the latex designer, Jane Doe who was starting to be known outside the UK. Instead of some previous outdoor shootings, I was more comfortable with my model dressed into this kind of dress which was looking shiny but classy. We were a team of 5 people : Anaïs, of course, two of her friends, me and my friend Alain to manage the photo stuff. Being 4 males was also a good idea to keep under control in any case. The weather of May was average and changing but we have been able to do some nice pics all around the park. Of course, the castle was not accessible but we walked all around and found different spots to capture this lovely woman dressed in latex. Of course, we were not into the sexy mood of our usual sessions but it has been a refreshing experience. Outside the castle, Anaïs left her mini-dress for a black catsuit but we shot only few pictures because of the bad weather incoming. You will notice some images with a sepia effect into the archives, I thought this was appropriate to give a retro touch to this latex pin-up session. As always, I hope you’ll like those pictures and wish you a nice end of day !