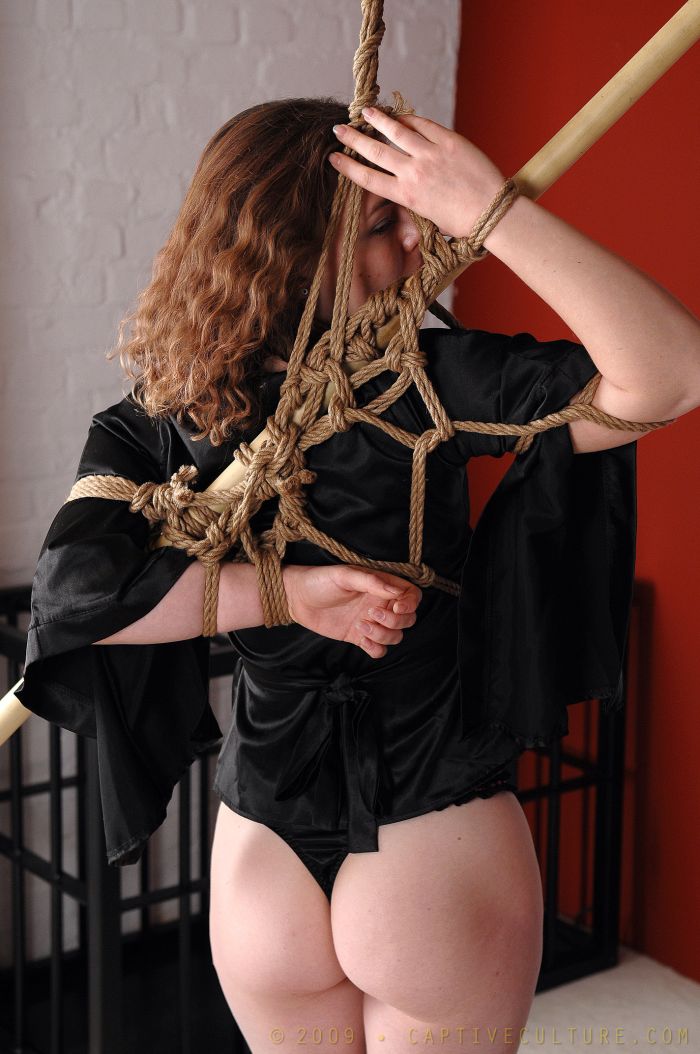 Several weeks after our first shooting together, I invited Clochette for another bondage session at home … my friend Alain was also my guest to shoot some pictures while I was busy with my ropes. I don’t know exactly the reason why but I decided to play with one bamboo stick and it inspired me enough to make an interesting bondage position. I didn’t want to make a long and static suspension for Clochette so I prefered to let the french girl playing and moving with her legs : sometimes totally free, others time with one leg in the air. We played naturally exploring several ropework variations and catched some pictures. I don’t have a lot of things to write about that day : again, it was very pleasant to tie Clochette who is a playful bondage model. I have a small regret about the images : my lighting was too basic and it didn’t bring anything cool to the photography. Later, I did a major change into this part of my photo studio paiting the red wall into black to create a better atmosphere. Anyway, I hope you’ll appreciate to watch this photo series … see you next time !